Footgolf combines the rules and status of golf with the technique and popularity of football. Drawing strength from both sports, it is practiced on dedicated spaces on golf courses and swingolfs.

Following the same rules as golf, the goal is to get the ball into a hole adapted to its size, from a given start, hitting it as few times as possible.

This sport requires a certain technical mastery, precision, stress management and regularity, but, above all, it is easily accessible and suitable for everyone, young and old, juniors and seniors.

Join us in this adventure with a smile and in a fair play spirit.

If his practice is mostly individual, footgolf can be played in teams.

More than 500 courses have been played in the United States. There are more or less the same number in Europe while Asia and Oceania are also joining the movement! Since 2012, more than a million people have practiced footgolf!

Today in Switzerland, the ASFG has opened 6 courses and works in partnership with the following footgolfs :

Join us and become a member. 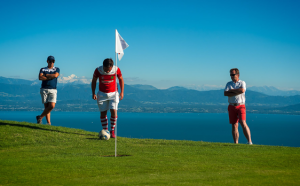 This is the meeting of the year in Switzerland, our showcase tournament. Indeed, it is the Swiss Footgolf Trophy, now “The Classic” … 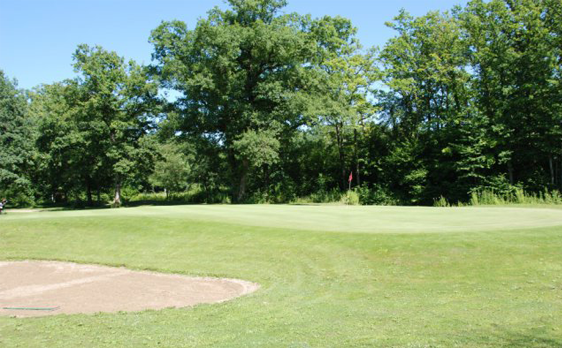 Close to Geneva, located right past the Meyrin customs, this compact course is ideal to discover footgolf as it is practiced … 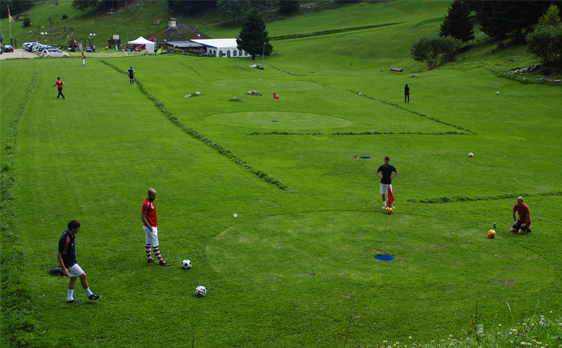 First course in the history of Swiss footgolf, opened in 2013. Enjoy the countryside setting to discover footgolf with family or friends … 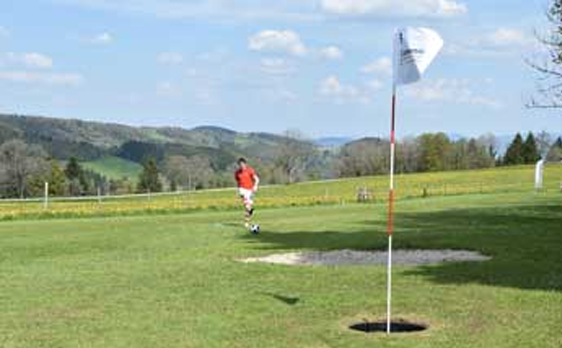 A picturesque course with a view on the surrounding mountains and beautiful colors, especially in spring … 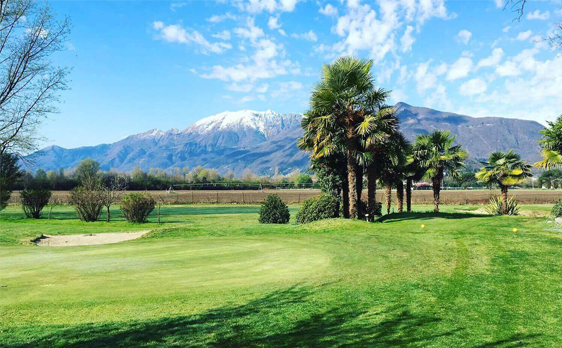 A compact course in a summer holiday decor, that’s the Ticino. Indeed, you can play 9 holes on the shores of Lake Maggiore 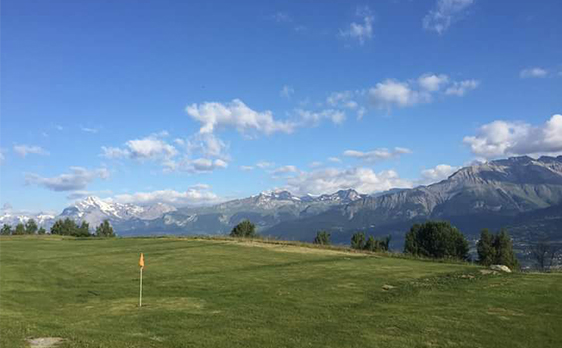 A footgolf course in a sky balcony. Located in Nax and overlooking the Valais, this course offers a breathtaking view … 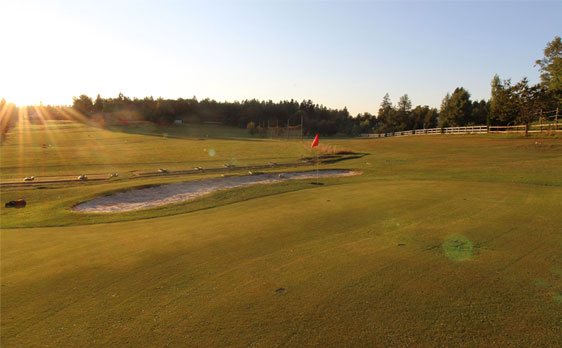 Located on the heights of Lausanne, the course of Pra Roman allows to practice Footgolf through the 9 holes dug on a golf course …

Located in the heart of Geneva, the sports center Evaux offers a completely free of charge 9-hole Footgolf course.

A word from our president

One day a friend of mine wanted to teach me to play golf in Moraines Park in Carouge, a park surrounded by buildings. The first 2 shots, I did not hit the ball … the 3rd went straight into a window!

At that time, I played football assiduously and, as I always had one with me, the ball was already a passion. So it’s very naturally that I swapped the golf club with my right foot and the small ball with a foot ball to continue the game.

We were aiming at trees and the gravel paths that crossed the park represented water hazards that absolutely had to be avoided. We had a lot of fun, it was in 1999… Quickly, this little game became an institution and many friends came to play with us, the perfect “after school” ! Despite the ever-increasing affluence to the Moraines Park for the premises of what would later become footgolf as we know it today, many people still made fun of us at that time. I think about them with a touch of affection and a lot of pride today. If no one laughs at your biggest dream, dream again, dream bigger!

In 2009, after years of asking each other if we should start an association together at the end of each game, it became reality after being fined for “disturbing public order” while we only were hitting balls in a park. The ASFG was born, Swissfootgolf! The first in the world, the first of a very long series!

From there, we were able to organize official tournaments in the parks of the city of Geneva, targeting our beloved trees. We were the first to communicate on the internet and social networks our passion for footgolf which rules did not stop improving over the games. But we had to wait until 2013 before we could create our first “hole” course, in Saint-Cergue, thanks to the trust of the owner Eric Blum; we replaced a small golf with a footgolf and the first year was a real success.

Since then, it is possible to play footgolf in 31 countries and on nearly 2’000 courses! Swissfootgolf has visited 18 countries and played in over a hundred courses, including some very prestigious golf courses. But footgolf is also thousands of unique encounters and dozens of articles and reports in the main Swiss media.

In terms of results, the Swiss team plays for the win. 2014 European champion and 2015 runner-up since her international debut, with David Mancino and Lionel Jacot European champions in individual in 2014 and in 2015. Perseverance, friendship, pugnacity, smiles and a great dose of madness are the ingredients of Swissfootgolf’s recipe.

To conclude, no one has invented footgolf, it is a discovery as there were in the past, perhaps on another scale: fire, writing, french fries or agriculture. But the inevitable evolution of this sport is certainly the fastest in history!

This story, we will tell our grandchildren every 4 years while watching footgolf at the Olympics and the story will inevitably begin with “Once upon a time in Carouge”!